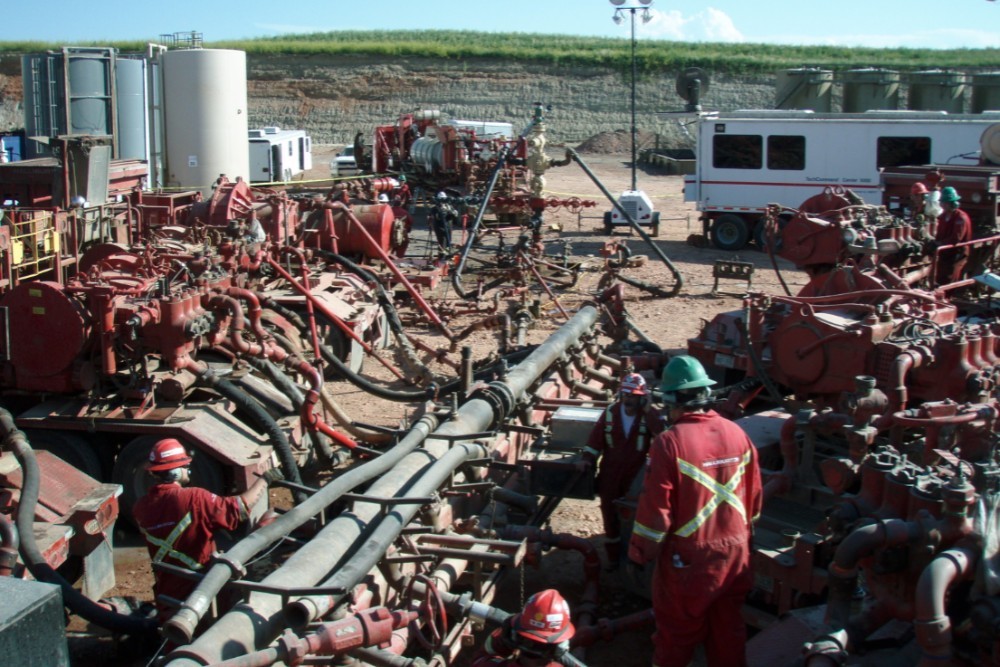 Toomey,( R-Pa.) said a bill proposed by Sen. Bernie Sanders, a Vermont independent, and Rep. Alexandria Ocasio-Cortez, (D-NY), to ban fracking makes no sense but could do tremendous harm. Fracking is a shortened version of hydraulic fracturing, in which fluids are injected into underground rocks to crack them open for gas and oil exploration.

“Fracking is a danger to our water supply. It’s a danger to the air we breathe, it has resulted in more earthquakes, and it’s highly explosive,” Sanders said in a press release. “To top it all off, it’s contributing to climate change. If we are serious about clean air and drinking water, if we are serious about combating climate change, the only safe and sane way to move forward is to ban fracking nationwide.”

Toomey said that is bad policy based on bad science.

“Like most of the socialist policy ideas that originate with Rep. Ocasio-Cortez and leading 2020 Democrat presidential candidates, banning hydraulic fracturing would be very damaging,” Toomey told Keystone Business Daily. “It would harm Pennsylvania’s economy and lead to thousands losing their jobs. Home heating bills would skyrocket for millions of American families and CO2 emissions would increase. Furthermore, if we stop extracting and exporting natural gas, then our trading partners would inevitably switch to coal for electricity production or become dependent on hostile authoritarian regimes, like Russia’s, for natural gas.”

Toomey introduced a resolution in the Senate reaffirming that the president of the United States does not have the authority to impose a fracking ban on state and private land, and warns that a president should not attempt to do so.

He also is a co-sponsor of legislation with Sen. John Barrasso, (R-Wyo)., chairman of the Senate Environment and Public Works Committee,  that would keep governors from misusing the Clean Water Act to stall  projects that deliver low-cost natural gas.

This bill proposes erecting guardrails on the state water certification process under Section 401 of the Clean Water Act. Toomey said New York Gov. Andrew Cuomo has abused this process to block interstate gas projects such as the Constitution and Northern Access pipelines.

• Ensure that state reviews are limited only to water impacts.

• Require states to notify project developers within 90 days whether the developer's application is complete.

• Require states to grant or deny requests within a year of receiving an application.

Pennsylvania Independent Oil and Gas Association President and CEO Dan Weaver said the proposed fracking ban is one of the worst ideas he has ever heard.

“It’s really devastating in a wide variety of ways,” Weaver told Keystone Business Daily. “I don’t think the public knows or understands that.”

He said fracking has been done in the United States since 1947 and has occurred in Pennsylvania since the 1950s. It has been used in hundreds of thousands of wells, he said, and people pass by them daily in many parts of the state.

He said fracking is only about 10% of the extraction process. People refer to “fracking wells” when they are in fact simply natural gas wells.

“There’s so many other components that go into it,” he said.

Weaver said if fracking is prohibited, the cost of electricity would increase as would the price of consumer goods. While Sanders and Ocasio-Cortez fashion themselves as champions of the people, if such a ban is approved, people would find their lives much more expensive and difficult.

Repeated calls and emails to Sanders’ and Ocasio-Cortez’s offices were not returned.

Want to get notified whenever we write about United States Senate ?

Sign-up Next time we write about United States Senate, we'll email you a link to the story. You may edit your settings or unsubscribe at any time.