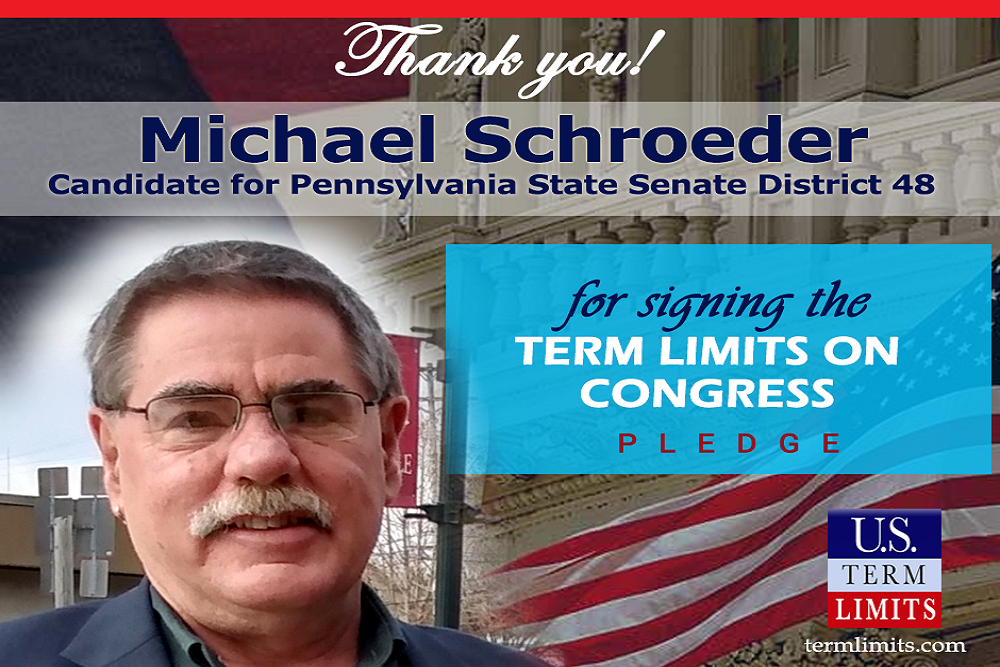 U.S. Term Limits (USTL), the leader in the national, non-partisan movement to limit terms for elected officials, is gathering support from state lawmakers across the nation. Its mission is to get 34 states to apply for an amendment proposal convention specific to term limits on Congress. 2020 Pennsylvania state special election candidate, Michael Schroeder, (district 48), has committed support for term limits on Congress by signing the Term Limits Convention pledge. The special election is scheduled for January 14, 2020. 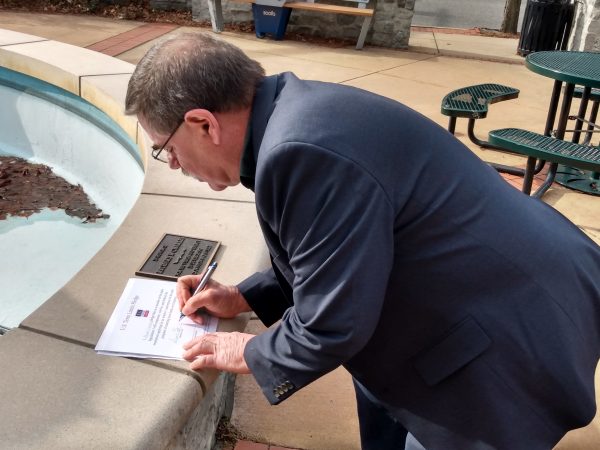 USTL President, Philip Blumel, commented on Schroeder’s pledge saying, “Michael’s support of term limits shows that there are individuals who are willing to listen to the majority of voters who want term limits. America needs a Congress that will be served by citizen legislators, not career politicians.”

Schroeder says, “Our current state of gridlock and bitter partisanship demonstrate the need for creative solutions at the federal level, and term limits is one of many reforms that has the potential to revitalize our national politics and make Members of Congress more accountable to the people they are elected to serve.”

The U.S. Term Limits pledge is provided to candidates and members of state legislatures. It reads, “I pledge that, as a member of the state legislature, I will cosponsor, vote for, and defend the resolution applying for an Article V convention for the limited purpose of enacting term limits on Congress.”

In the 1995 case, Thornton v. U.S. Term Limits, the Supreme Court of the United States opined that only a Constitutional Amendment could limit the terms of U.S. Senators and House Representatives. According to Nick Tomboulides, Executive Director of USTL, the best chance of imposing term limits on Congress is through an Article V Proposal Convention of state legislatures.

“The Constitution allows for amendments to be proposed by either 2/3 of Congress or 2/3 of the states. While we’d like for Congress to take the high road and propose term limits on itself, our goal is to trigger the latter, a national convention specifically for a term limits amendment,” claims Tomboulides. “That is why it is important to get buy-in from state legislators,” he added. Once proposed, the amendment must be ratified by 38 states.

Blumel noted, “More than 82% of Americans have rejected the career politician model and want to replace it with citizen leadership. The way to achieve that goal is through a congressional term limits amendment. Michael knows this and is willing to work to make sure we reach our goal.”

According to a 2018 nationwide poll on term limits conducted by McLaughlin & Associates, term limits enjoys wide bipartisan support. McLaughlin’s analysis states, “Support for term limits is broad and strong across all political, geographic and demographic groups. An overwhelming 82% of voters approve of a Constitutional Amendment that will place term limits on members of Congress.”

Original source can be found here.

Want to get notified whenever we write about U.S. Term Limits ?

Sign-up Next time we write about U.S. Term Limits, we'll email you a link to the story. You may edit your settings or unsubscribe at any time.